We use cookies to make this site better, find out more. Cookies are on
previous article
Aug 2022 - Contents
next 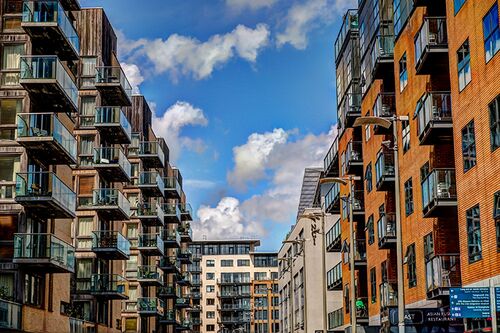 On June 3rd 2022, Minister for Housing Darragh O'Brien announced an increase in the Housing Assistance Payment (HAP), to take effect from July 2022. The rise would be by 35% for HAP across the country; and a rise of 35% in the rate of Homeless HAP outside Dublin and 50% within Dublin. The latter in recognition of the increased difficulty of finding housing while homeless and the current state of Dublin’s rental market.

The Housing Assistance Payment (HAP) is administered by the Local Authorities and works as a social housing support for people who have a long-term housing need. Tenants receiving a HAP payment pay a weekly rent contribution to their Local Authority, based on their income. The Local Authority will then pay that rent added to the Local Authority’s contribution to the tenant’s landlord. According to Focus Ireland “HAP is an effective homeless prevention measure and housing financial support that is helping people exit homelessness” with one fifth of HAP households in 2019 being referred from homeless accommodation.

Over the past year rental prices have shot up across the country. Due in part to a lack of new homes being built. This has made both affording and finding rental properties exceedingly difficult. According to Daft.ie’s Rental report for Q1 (linked here) rents have increased by 11.7% over the past year, with the West and Northwest seeing the highest increases, Leitrim faring the worst with a 24.8% increase in rent prices. This is leading to a situation where rents are already surpassing the increased amount available on HAP.

On the 19th of July, the Meath Chronicle reported on the case of Melanie McCabe and her Son (linked here). They were facing homelessness after being evicted by their long time landlord. Although they were qualified for HAP they found that the increased rate of €1,452 was significantly shy of the asking prices for the few available properties, reporting the cheapest being between €1,800 and €1,900. This exposes one of the other difficulties of HAP: that HAP recipients must find their own private rented accommodation within the budget given to them, and the availability of that accommodation being dependent on a now undependable market.

Although it is illegal, many landlords refuse to accept HAP tenants. The problem is of such a scale that, as covered by thejournal.ie in July 2021 (linked here), Daft.ie were ordered by the Workplace Relations Commission to not allow adverts which expressly refused HAP payments or otherwise discriminated on socio-economic grounds. As there is now greater competition for accommodation it has become more difficult to prove where discrimination has occurred due to the greater number of applicants per property.

The gap in availability of affordable accommodation may lead to HAP recipients being relegated to cheaper housing of lower quality in less accessible locations. This would create issues in finding or maintaining employment, accessing health care and accessing education for children. According to Focus Ireland “Households in receipt of HAP had an ‘at risk of poverty rate’ of 10.9% before housing costs but this increased by more than 4 fold to 59.1% after they paid their housing costs” inaccessible accommodation could trap families in poverty as they become unable to access the means to escape it.