We use cookies to make this site better, find out more. Cookies are on
previous article
Aug 2022 - Contents
next

Phasing in the Living Wage 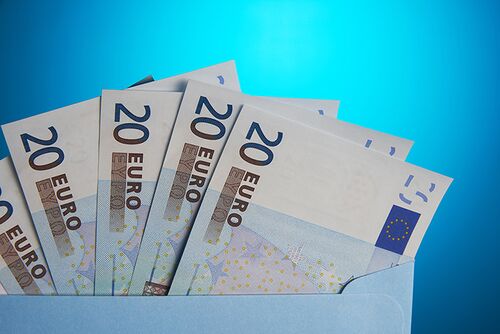 On June 15th 2022, the Government opened a six-week public consultation on the phasing in of the Living Wage into Ireland, building on a commitment in the Programme for Government - Our Shared Future to “Progress to a living wage over the lifetime of the Government.” (p74)

Under six principles in their consultation document, the Department of Enterprise, Trade and Employment (DETE) posed a number of questions based on the recommendations contained in the Low Pay Commission’s Living Wage Report 2022 (linked here). This article summarises the INOU’s main points.

The INOU’s preferred option would be the Minimum Essential Standard of Living approach. It is a methodology that captures what are essential to meet people’s needs. Through their work, the Vincentian Partnership for Social Justice have demonstrated, across different household types and circumstances, the impact of inadequate provision of other supports and services on people’s ability to manage and the income they require - in particular the cost of housing, childcare, and transport.

For the period 2021 – 2022 the Living Wage Technical Group estimated that Ireland’s living wage should be €12.90 per hour, 73 cent higher than the €12.17 estimated in the Strawman proposal prepared for this public consultation by DETE.

While the INOU’s preference would be the use of the MESL approach, the Commission’s proposal of starting off with a fixed threshold rate of 60% of the median wage would be an improvement on Ireland’s National Minimum Wage rate. However, it would be important that 60% is seen as an interim rate and that, building on a recommendation in the LPC report, 66% becomes the fixed threshold rate.

It will be essential to move forward on this timeline and ensure that it is the maximum length of time it takes to achieve this outcome and not the minimum.

Given the data challenge identified by the Low Pay Commission in calculating the correct median wage to establish the current Living Wage, progress on the recommendation to address this issue must be made as a matter of urgency.

A number of key factors underpin the cost of living differentials that face people living in urban and rural areas. Housing is invariably higher in urban areas, while transport costs can be much higher for people living in rural areas. A lack of adequate and affordable public transport can be particularly challenging for people in low paid employment.

Access to affordable childcare is an issue that can have regional variations as well. It is an issue of concern for many women, and has been identified in a range of Government policies as critical to support women’s participation in the labour market.

Ireland needs to address these issues in an equitable, inclusive, and sustainable manner. There are strong social, economic, and environmental arguments for supporting people to secure a good home, ensure they can afford to get to and from and stay in properly paid employment.

In his presentation, Strategies for a Living Wage, Michael Taft of SIPTU Research (linked here) noted that there are three parts to a strategy for realising the Living Wage including “the legal right to collective bargaining which could involve two levels: firm-level and sectoral, multi-employer bargaining. The latter is important to lay down ‘floors’ on wages and working conditions which effectively remove these from competitive, downward pressures. Collective bargaining allows workers to set their own workplace agendas.”

Ensuring that collective bargaining is a reality for all workers in Ireland and that people have accessible mechanisms to improve their working terms and conditions is critical.  In particular in sectors where union density is low, staff turnover is high - conditions that do not lend themselves to successful outcomes for employees and raising the standard of living.

At present, depending on their circumstances and eligibility, low paid workers with families may be eligible to access the Working Family Payment, a payment designed to support such workers to address in-work income deficiency. Concerns have been raised that while this support is badly needed for the workers involved, it facilitates employers to continue paying inadequate wages.

If the Government deem it necessary to support certain employers to ensure that Ireland progresses to a Living Wage, these supports should be time limited, tapered and phased out as quickly as possible.

Recommendation seven of the Low Pay Commission’s 2022 report on the Living Wage states: The existing National Minimum Wage youth rates should also be applied to a living wage. However, the Low Pay Commission further recommends it reviews the issues around retaining, removing, or expanding youth rates and make recommendations to the Minister for Enterprise, Trade and Employment on this issue.

In past submissions to the Low Pay Commission on Ireland’s National Minimum Wage, the INOU has raised concerns about the reduced rates for young people aged 18-20 years. Many people in this age group will be students, hopeful of acquiring much better employment when their studies are complete. But for others, the prospects of moving on into a decent job are far more challenging and potentially unattainable, with these workers facing a cycle of low paid work and inadequate welfare. To that end and in the interests of equality there should be no age segregation in Ireland’s Living Wage.

The full submission is linked here.