We use cookies to make this site better, find out more. Cookies are on
previous article
Dec 2021 - Contents
next 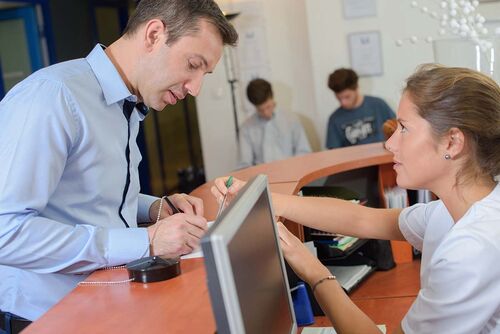 On December 10th 2021, at an online seminar organised by Maynooth University Social Sciences Institute, Dr Michael McGann’s research on the Lived experiences of employment services  for people who are long-term unemployed was launched. This report represents the final wave of research for the Governing Activation in Ireland project.

In the course of his research Michael spoke to thirty-five people, nineteen women and sixteen men, who were or had been unemployed and had experience of the contracted part of Ireland’s Public Employment Service, in particular the Local Employment Service and JobPath. The majority of the participants were aged over thirty and came from sixteen different counties.

At the time of the research eleven people were clients of these services. Michael notes in the conclusion that “While the findings presented in this report resonate with previous research on jobseekers’ experiences of activation, and consolidate those of the earlier wave of research with frontline staff, it is important to acknowledge the small scale of the study. Only 35 service-users were included in the study, several of whom had not participated in employment services for some time. This was necessary to ensure that the interviews captured the experiences of people who had participated in activation before the Covid-19 pandemic, and prior to the suspension of payment penalties in early 2020.” (p37)

Of the thirty five participants, ten people were familiar with the LES and thirty one had been through JobPath, including six people who had been referred to them more than three times. “Many questioned the point of going through the same process all over again if it had not led to employment the first time around. Although equally it suggests that the initial time frame given to agencies to work with clients is too short; and that longer referral periods may enable different approaches to employment guidance and supporting jobseekers to return to work rather than replicating the same formula of short-term job search assistance over and over.” (p36)

A striking feature of this study is the administrative nature of activation experienced by the people referred to these services, and in their comments on Intreo itself, for example:

I would have been called for a couple of meetings from time-to-time, but very sporadically at that. … And I had to keep a log sheet of, for maybe the next two weeks or the next three weeks of what jobs I was applying for and then go back on such a date and bring back the completed log sheet. (Cormac, 40s) (p10)

The report notes that few people experienced being sanctioned and penalty rated for not engaging in the Public Employment Services (PES), but as the INOU found in our own research, the compulsory nature of these services, and the regular reminders in the official correspondence that if recipients do not participate they could face a loss of income, taints the experience for jobseekers. “For many, the rationale and purpose of participation is largely compliance, giving rise to an experience of just ‘going through the motions’ for the sake of maintaining payments, with little expectation of receiving substantive assistance with finding work.” (p36)

Of the thirty-one study participants who had been through JobPath the report notes “the focus of support was on their job search effort with a view to encouraging clients towards whatever jobs they could get with the skills and experience they already had. This would be complemented by ‘polishing’ activities designed to increase their job search success rate, such as guidance on preparing CVs, writing cover letters, and interview presentation. Face-to-face meetings with advisors were quite frequent, although some participants had meetings more frequently than others while the frequency of appointments also changed over time. On occasion, participants would also be brought in for ‘tree shaking’ activities in the form of job searching on office computers.” (p36)

Of the ten study participants who had been through LES the report notes “meetings with their mediator were considerably less frequent and it was notable that a significant number were directed towards education, training, and work experience opportunities in TÚS and Community Employment rather than immediate employment. In other words, the kinds of progression pathways that mediators were oriented towards appeared to be qualitatively different and less focused on rapid labour market attachment. A concern here is that for unemployed people who need, or very much want to find employment quickly, the model of guidance offered by LES may not be best suited to their needs. There was limited evidence of LES clients being directed towards immediate labour market vacancies or referred for available jobs, as opposed to the further education, training and work experience opportunities jobseekers were supported and encouraged to consider.” (p36)

On people’s experiences of the LES mediators and JobPath advisors the report notes that “The overwhelming impression of both mediators and advisors was that they were kind, friendly to deal with, and treated clients with dignity and respect. However, interviewees were less positive about the level of experience, qualifications, and skills-set that frontline workers brought to their jobs. This was particularly an issue as regards JobPath advisors, who were perceived as coming from disparate but often low-skilled backgrounds that interviewees struggled to see as giving people the experience and knowledge needed to provide tailored employment guidance. Another concern was the high rate of staff turnover, which undermined the continuity of the service.” (p37)